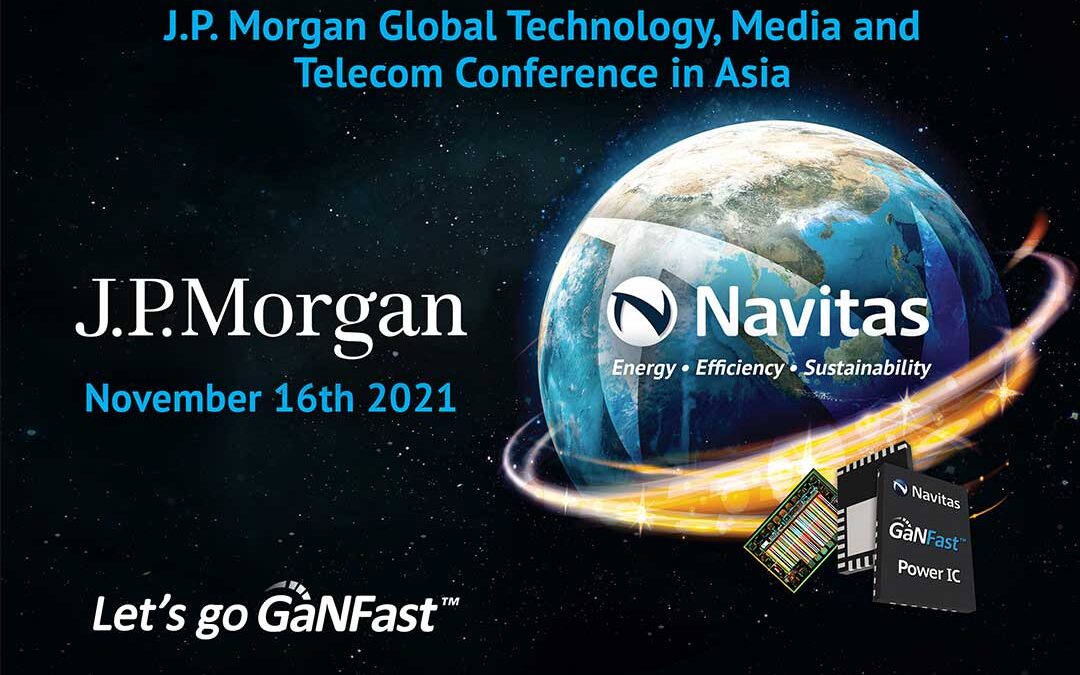 This year the JP Morgan Global Technology, Media and Telecom Conference in Asia is a virtual event that brings together investors and leaders of innovative technology companies in areas ranging from hardware and semiconductors to software and service. Mr. Sheridan will join Dr. Alan Zhou, Executive VP, President of China, Pixelworks Inc. in a panel session entitled ‘Beyond Silicon – Exploring the Fast-Growing World of Compound Semiconductors.’ The panel will be chaired by Mr. Gokul Hariharan, J.P. Morgan’s Co-Head of APAC TMT Research and Head of Taiwan Research.

“It’s a great honor to be invited to participate in this year’s event,” said Gene. “Next-generation semiconductors are fundamental to meeting some of the world’s biggest challenges and moving beyond silicon to technologies such as gallium nitride is critical to delivering the performance, efficiency and sustainability demanded by applications ranging from consumer electronics and computing equipment to  electric vehicles and renewable energy.”

Navitas rang the Nasdaq opening bell and started trading as NVTS on October 20th, 2021, with an enterprise value over $1B and over $320M gross capital raise. The company is a leader in gallium nitride (GaN), a next-generation semiconductor technology that runs up to 20x faster than legacy silicon and enables up to 3x more power and 3x faster charging in half the size and weight. Navitas’ GaNFast™ power ICs integrate GaN power and drive plus protection and control to deliver simple, small, fast and efficient performance. With over 130 patents issued or pending, and significant trade secrets including a proprietary process design kit (PDK), Navitas believes it has a multi-year lead in next-generation GaN power ICs.

The ‘Beyond Silicon’ semiconductor panel session will be held on Tuesday November 16 from 9am to 10am HKT (Monday November 15 from 5pm to 6pm PT).

Navitas Semiconductor (Nasdaq:NVTS, NTSW) is the industry leader in GaN power ICs, founded in 2014. GaN power ICs integrate GaN power with drive, control and protection to enable faster charging, higher power density and greater energy savings for mobile, consumer, enterprise, eMobility and new energy markets. Over 130 Navitas patents are issued or pending, and over 30 million GaNFast power ICs have been shipped with zero reported GaN field failures. Navitas rang the Nasdaq opening bell and started trading on Nasdaq on October 20th, 2021, with an enterprise value over $1B and over $320M gross capital raise.